Active in surgical practice since 1979 and presently a Senior Consultant Gastro Surgeon at Mehta Hospital, Ahmedabad (India). In 1987, Mehta Hospital was a first of its kind medium super-specialty hospital solely dedicated to Gastro-Intestinal problems in Gujarat. The hospital was set up with state of the art equipment and was also home to the first dedicated Intensive Care Unit (ICU) facility in a private set-up in Gujarat.

Currently also operating as a Senior Consultant Gastro Surgeon in Ahmedabad at SAL Hospital, Shalby Hospital, HCG Hospital and Sterling Hospital and regularly gives lectures at venues all over India and the world.

Worked in the U.K. for 2 years after completion of MS (Master of Surgery) and been a visiting fellow at many hospitals in India as well as across the world. 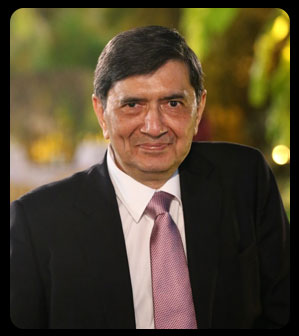 • In 1988, started Gall Bladder Stone Lithotripsy for the first time in India and SAARC Countries and serviced patients from all over the region.

• In 1982, started one of the first Surgical Gastroenterology Units in India at the top medical college (Sheth V.S. General Hospital) in Ahmedabad, Gujarat. At the time, there were only four such units all over the country.

Services as Leader of Society and Business

• Member of the Board of Directors of the Times Group for 18 years.

• In 1964-1965, while in final year of high school, selected by the American Field Service (AFS) as an exchange student to spend one year of school in U.S.A. at Rochester Minnesota. This was unprecedented at the time and a unique honor, giving fantastic opportunity to spread the Indian culture and benefit from the experience in return.

• In 1968, selected as the only Indian Chaperone to travel to U.S.A. to bring 50 American students to India. In this role, conducted several orientation classes over seven days while on a ship from New York to Rotterdam, hosted one American student from California at home and organized a major programmed for all students in Delhi, including meetings with the President of India, Prime Minister Indira Gandhi at her residence and Deputy Prime Minister Moraraji Desai at his residence.

• Active student member of the Experiment in International Living Programme (1969-70). As part of this, took initiative as group leader for students from Ahmedabad and organized various visits to Chandigarh, Shimla, Delhi and other parts of north India.

• Performed one of the largest series of operated cases of Portal Hypertension, Preferring Splenectomy and Leinorenal Shunt in a mainly non-cirrhotic liver.

• Expert on therapeutic aspects of ERCP, including removal of CBD Stones, Stenting and Naso Biliary Drainage for Cholangitis and Pancreatic problems.

• Experienced in many operated cases of Ulcerative Colitis.

• Experienced in using Staplers for G.I. Tract Anastomosis in cases since 1984.

• Experienced in conducting and concluding a large number of Phase III and Phase IV Clinical Trials as a Principal Investigator, both locally as well as globally.